At 3:00 AM on Monday, December 9, we were called to assist West Valley Search and Rescue in searching for a hiker. The hiker had attempted to summit Baldy via the Bear Flats trail, a difficult trail with over 5500 feet of elevation gain to the summit, on Sunday, December 8. He had started the hike with three others, but they turned back due to deteriorating whiteout conditions above 8000 feet. 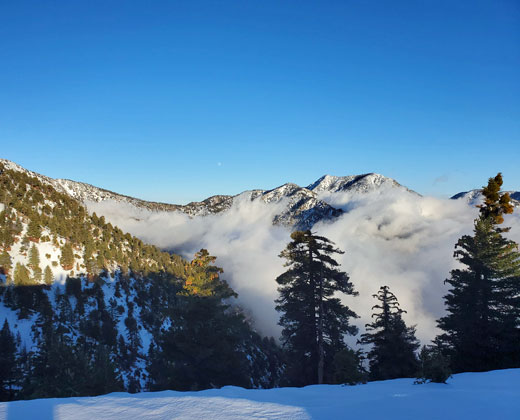 Morning Clouds in the Search Area
Image by Cameron Dickinson.

Cameron and I responded at 11:00AM on Monday and were assigned to hike bear Flats Trail to the summit of Baldy. After a difficult first section of the trail which included bushwhacking and crawling under brush from trees that had recently blown over, we approached snowline at 7000 feet. We made our way to about 8000 feet of elevation when we were requested to turn around due to approaching nightfall. 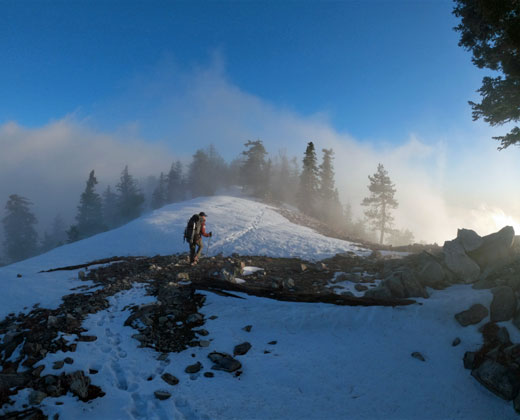 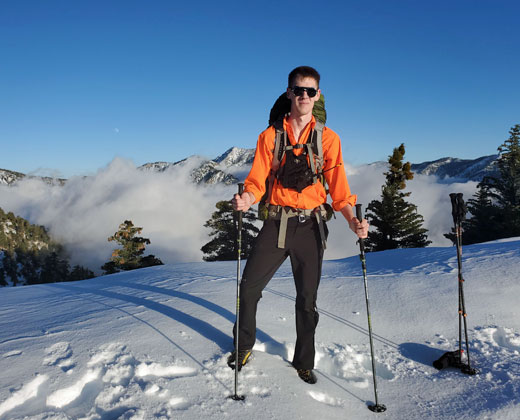 The search continued for the rest of the week, however no RMRU members were able to attend. Some potential clues were found and investigated; however, no sign of the subject was found. On Thursday, the Baldy area was closed to the public to prevent any more incidents. 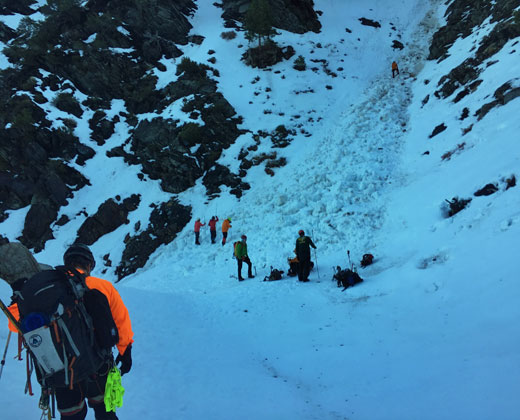 On Friday, December 13, Glenn, Vinay, Kase, Donny, Blake and I were available and showed up for the greatly expanded search. Searchers from many California counties were on scene. Glenn, Vinay and Kase were on a team and searched lower elevations around the Baldy area. Donny, Blake and I were assigned to search a ridge running from just east of the Baldy summit into the Lytle Creek drainage. 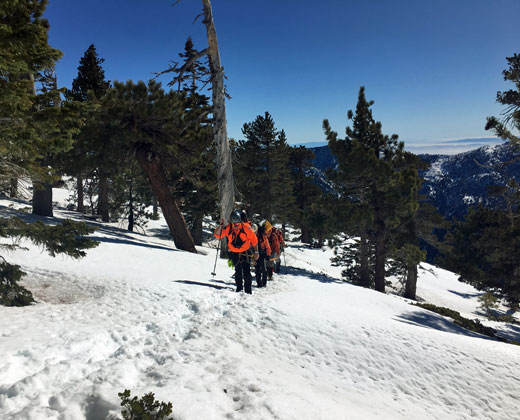 After a long approach to the start of our assignment, we put on crampons and began searching down the ridge. 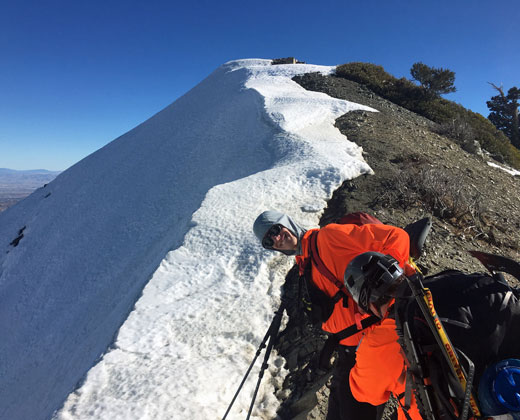 With no sign of the subject, we finished our search area in the South Fork of Lytle Creek. We had encountered soft snow conditions on the way down the ridge, so instead of hiking back up, a very strenuous task, we headed down Lytle Creek to the nearest road. This was greatly complicated by constant post holing when not climbing over precarious snow bridges or wet rock. We were picked up and arrived back at base at 11:30PM. Everyone was exhausted. As I was available on Saturday as well, I slept for four hours before Tyler picked me up for the 7th day of the search.

Morning Briefing with over 100 Searchers.
Image by James Eckhardt.

On Saturday, December 14, Cameron, Ray, Mike George, Eric and Shani, Tyler and I were available for the search. Cameron, Ray, Mike George, Eric and Shani searched Coldwater Canyon and found no sign of the subject. Tyler and I had requested a long, difficult assignment, and we were assigned to two canyons and an avalanche area on the west side of Bear Flats trail around 9400’ elevation. 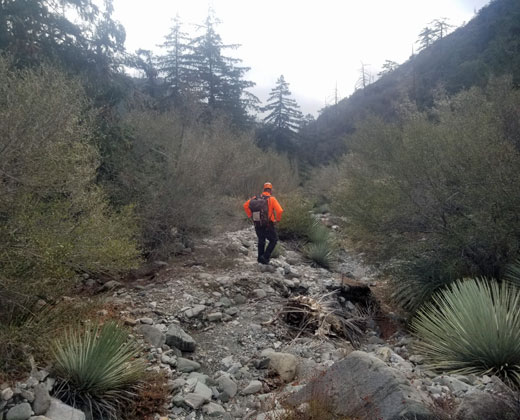 We hiked to our assignment area by going over Mt. Baldy summit, which was experiencing high winds, almost blowing me over. When we reached the top of our first assignment, we were redirected to a cell phone ping of the subject in a canyon on the east side of the ridge we were on. After searching the nearby area and finding no sign, we went back to our assignment. 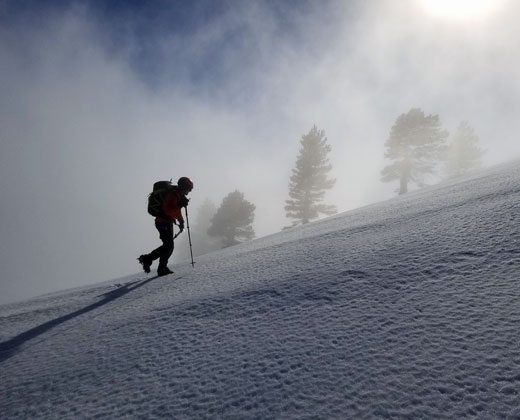 The drainage was narrow and had rapidly melting snow cover. This resulted in significant rockfall, so we agreed the area was too dangerous to search. We moved to the top of our next assignment and assessed it with the same conclusion as the first. There was too much danger from rockfall to complete the assignment. As we discussed the possibility of searching from adjacent ridges, we were called back to base.

When Tyler and I arrived at base, we heard that a member of West Valley Search and Rescue, Tim Staples, had died while searching. Everyone on RMRU is deeply grieved by the loss of a SAR brother and would like to extend our thoughts and condolences to Tim’s family, friends and West Valley SAR.

The search was suspended with no clear evidence of the subject. It’s always disappointing to leave a search without finding anything. It’s especially hard to leave and know that the family does not have closure.